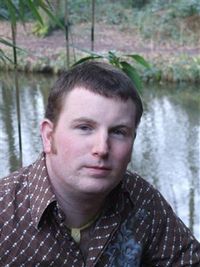 I'm cultured, attractive and sociable and am interested in having new experiences - meeting different people and exploring new places.

Although originally born near Canterbury, I moved to Holland for 4 years when I was young whilst my father worked doing IT consultancy - which is where my 2 main interests come in: IT & languages. I've been working for a long time in IT working for all sorts of exciting companies and as far as languages are concerned, can speak Dutch, French, German, Danish & naturally English. I'm keen to develop my language skills and love travelling. As part of my travelling experiences, I lived & worked in Denmark for 3 months which was fantastic after having a months intense study in Danish which also gained me some qualifications.

My interests are mainly singing & drama which I have been doing for a long time. I feel at my most relaxed & confident when performing to people or by doing public speaking. I'm into a wide variety of musical styles and will give anything a try. Through my musical interest, this has helped me into the music promotions side which I do as a part time hobby. Doing it, I have met musical heroes that I probably wouldn't have been in contact with apart from at gigs. I go to as many gigs either working or paying as I can & enjoy going to festivals. If i had to choose a handful of musical genres as my favourites, I'd choose Rock/Indie, Classical music (including opera), Dance music (from trip-hop to rave) and Musicals. I am currently rehearsing for a production of A Midsummer's Night Dream & go to a folk choir once a week, practising for concerts. I'm keen on art as well and like to go to museums & art galleries be it large ones or even small local art galleries.

I'm relaxed, sincere and a gent who would put others in front of myself. When I can, I like to help people out.

The kind of person I'm looking for is someone that is interested in culture and is willing to give things a try. My motto in life is - 'try everything once, if you don't like it you don't have to do it again'. Because of my cultural background (from living in different countries to speaking their languages), I'm after someone that's keen on travel and also to learn new experiences. I would like to travel around Europe more and also have a keen interest in going to Australasia - e.g. Singapore/Thailand/Japan as well as Australia & New Zealand. Eventually I'd like to live abroad, be it for a couple of years or maybe more.

More about ashley: ashley is a 43 year old male from woking, London, Outer London who works in IT. ashley is blue eyed with an muscular build and is a Gemini.