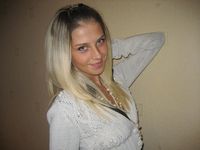 I am a real girl and search for the real man!
Hope that I shall find him much soon!!!!

More about Natalya111: Natalya111 is a 39 year old female from London, London, Greater London who works in Teaching, Education. Natalya111 is grey eyed with an athletic build and is a Virgo.