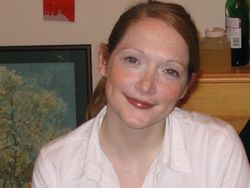 Well, I'm kind of an indie girl, as the name suggests. Very into music and going to gigs. Waken up to BBC Radio 6 most mornings, good way to start the day. I'm also a Cameo Cinema regular so if you don't like watching slightly weird art-house films and doing their Sunday afternoon double feature occasionally then we may struggle. However, I'm not adverse to a big 'leave your brain at the door' comedy, as in anything with Will Ferrell and the Fratpack etc.

More about Victoria: Victoria is a 49 year old female from Leith, Edinburgh who works in Tell you later. Victoria is blue eyed with an slim/slender build and is a Taurus.

Victoria has travelled to 4 countries including Netherlands, Spain, Ireland, France