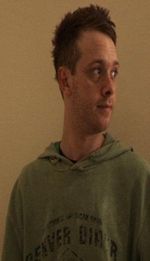 Hey, my name is Ian, I'm from Luton (its were the terorists are from) I'm a down to earth guy who likes a laugh. I like Music and Films alot aswell as socialising with friends. I like trying things that are new and different. and doing anything thats worth a giggle or two.

More about Ian M UK: Ian M UK is a 37 year old male from Luton, London, Outer London who works in Advertising, Media. Ian M UK is hazel eyed with an slim/slender build and is a Cancer.