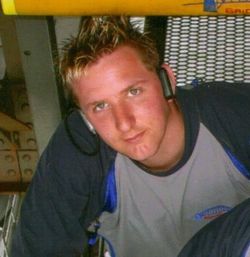 Don't ya just hate starting off this section as ya have ta break the ice with a phat ass introduction. But done that now so here's more about me.

Hop till I drop Hardtrance raver with more bounce than a kangaroo on a bungee. And that's my personality all over, well not quite so harsh as that. Fun lovin, sarcastic, hyper, determined, sensitve guy that has every intention of for filling his life.

At the end of the day, if ya don't grab the opportunity YOU will miss out....

More about steve.o: steve.o is a 40 year old male from Spondon, Derby who works in Labour, Construction. steve.o is blue eyed with an average/medium build and is a Libra.