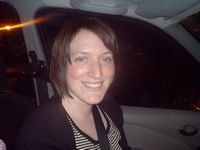 iam very out going, get on with most people. like going out for meals, seeing friends, going 2 theme parks etc.

More about Rachael: Rachael is a 39 year old female from Worcester who works in Food Services. Rachael is blue eyed with an average/medium build and is a Virgo.

Rachael has travelled to 1 countries including Spain