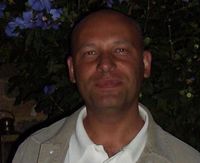 Hello! I have an Anglo-Italian background but absolutely NOT interested in football, despite my name...

I enjoy people with a sense of humour and on occasion exhibit one myself.

I speak fluent Italian, rusty Russian and French. It's fun to commiunicate is different ways ans there's always an excuse when you get it wrong!!

I am a regular hard-working professional, who doesn't like to blow his own trumpet even though i really love music. I think I am the nice side of "old-fashioned" with a modern twist (the dance included!).

Looking for a stablë, considerate, easy to get-along-with lady not part of the "because I am worth it" scene and not wanting to join it...

I am interested in arts/world affairs/Coronation Street (which surely covers everything?!)

More about Alley Cat1: Alley Cat1 is a 50 year old male from Bromley, London, South East who works in Legal. Alley Cat1 is hazel eyed with an average/medium build and is a Taurus.