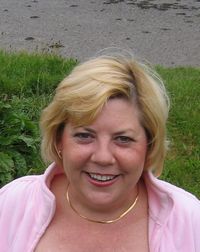 Outgoing, friendly, smart, adventurous and active woman with a lively personality. Widely travelled, well educated, thoughtful and kind. Cheeky irreverent sense of humour. Enjoys the outdoors, great conversations about books, politics, current affairs, especially over a vino or two. Also appreciates quality films with good scripts and direction. A pretty decent cook and definitely a foodie. I try to eat healthily so no deep fried mars bars for this lassie. Looking for someone to get out and about with. I quite fancy Barack Obama .... but in the absence of this option it would be great to connect with someone able to hold their own in conversation with a smart and sassy woman, who is interested in enjoying this beautiful place and doesnt have a carousel full of baggage. My valuës are definitely left of centre socially and environmentally so if you dig up the earth or are an RBS exëcutive we probably wont get along...

More about Sona Bean: Sona Bean is a 58 year old female from Nairn, Inverness who works in Other. Sona Bean is hazel eyed with an average/medium build and is a Libra.