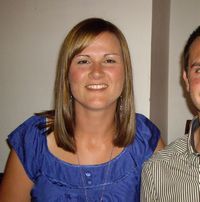 I'm really new to this but thought i'd try a different approach to meeting men and see what happens! fingers crossed it goes well!! I'm fun loving, genuine and enjoy a good night out. Get in touch if you like the sound!

More about bex: bex is a 40 year old female from Bury, Manchester who works in Teaching, Education. bex is brown eyed with an average/medium build and is a Sagittarius.