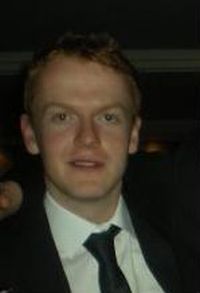 I'm new to the area and really looking forward to finding out everything that it has to offer!

In many ways when it comes to relationships I'm kind of old fashioned. I like to treat a girl, look after her and wine and dine her, though I do believe having your own space in a relationship is also important.

I love the outdoors, but also love to travel, nothing better than sitting in a little restaurant in Europe with good food, great wine and fantastic company.

I can also be adventerous, I do a bit of rock climbing and want to give paragliding a go! I also really want to go skiing or snowboarding and will hopefully sort out a trip to the Alps next winter.

I've just graduated as an Optician and have moved down to the South West to start a new job. It would be great to meet someone to show me around, be it Exeter, Dartmoor or Devon's beautiful coast.

I really want to travel more in the next few years too. Barcelona and the south coast of France are fantastic and hope to visit some new places over the next couple of years, especially in Europe, but also further afield too.

Although I'm not really into clubbing, I do like to go out to a good pub or bar, maybe see a film, or even stay at home for a cosy night in with a DVD and good company.

I guess I'd like to meet someone with an optimistic view on life, who has an adventerous streak and who has had the patience to read this far :-)

More about JonExeter: JonExeter is a 35 year old male from Exeter who works in Medical, Dental. JonExeter is green eyed with an average/medium build and is a Scorpio.