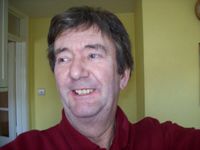 Single, solvent, own teeth and hair,own place and car. Good sense of homour, can be a bit wicked,I try not too take to much to seriously.Would like to meet someboby feminine of a similar age, who likes travelling and doesnt live a long way off.

More about Richard: Richard is a 65 year old male from Tonbridge, London, South East who works in Other. Richard is hazel eyed with an average/medium build and is a Sagittarius.