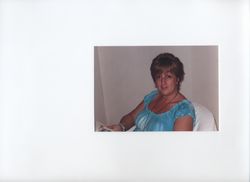 I am an easy going, , mostly happy, female who would like to meet a guy wth similar interests to share things with, whether that be a walk in coun try, food and fun , a holiday or a social event.

I am looking for a conversationalist who is also a gentleman with a fun side and is keen to do new things.

More about Morag: Morag is a 58 year old female from Glasgow who works in Medical, Dental. Morag is green eyed with an average/medium build and is a Leo.