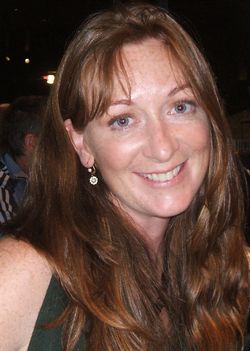 I work on private yachts around the world and I love my job. Thanks to studying detested Latin at school I've been able to pick up some languages (essential for work) -resulting in some hysterical booboos at the begining! Saying 'I'm horney' instead of 'the weather is hot' definately caught the eye of some over-friendly taxi drivers, Karate... Chop! I work with many nationalities and to me there's no such thing as national stereotypes.
My nick-name is Aoife la Loca because I've loads of energy and laugh so much. At Uni I used to be v sporty; tetratholons, rowing, 10k's ,but have less time to be indulgent now, especially as I spend a lot of my time on the water and in different ports, mainly in the Med and Carib.
I'm taking a few months off and I'm ready for some fun. Though, I'm in the middle of a really good book and want to get back to it so...
Looking for a funny, witty, educated guy who doesn't take himself seriously and is up for some serious banter.
Oh yes, and I respect sporty guys and not gym buffs. Team mates and health, not vanity, should be the motivating force.
'Tis all. Might add more when I've finished the book

More about Aoife: Aoife is a 46 year old female from Bishops Stortford, Cambridge who works in Other. Aoife is green eyed with an slim/slender build and is a Leo.