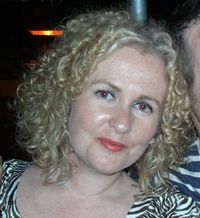 New in town! Wanting to meet some friendly faces... maybe something else further down the line, who knows!
I've a great sense of fun and humour, if not even dare I say a bit mischevious.. love to meet some fun people!
Have just recently moved here so initially looking to meet some like-minded genuine, down-to-earth people who might want to go for couple of sociable drinks of a weekend or a meal and just 'chew the fat' as they say..