How to have a clean breakup

When you’ve made your mind up to finish with someone then the hardest part is done. Seriously, there’s nothing harder than that pre-breakup limbo where you’re weighing up the pro’s and con’s and doubting your decision making abilities.

But the actual breakup…that’s usually more messy than it is hard. If you’re in a position where you think that being a grown up and just saying it’s over won’t work for you then we have some top tips on how to have a clean break up.

Start the pre-breakup.  Like we said, if you think things are likely to get messy then do the right thing and start off with baby steps to end your relationship. Things like cooling back on staying over, no committing to dates and just not being around that much. It may seem like that’s a cruel move but in reality you’re just weaning him off you and to be honest, there’s really nothing worse than an out of the blue dumping.

Don’t be a bitch about it. So you’ve decided he’s not for you, that doesn’t mean you have to go in to mean girl mode and be nasty about it. Chances are he really likes you so at least be respectful of that fact and make it as gentle as possible. There’s really no need to reel off a list of his faults, much nicer to explain you just don’t think you’re suited.

Make sure he knows there is no way back. When you decide to do it, do it. Don’t leave him feeling as though there’s a way back. This means no saying you’re taking a break – that’s just prolong things and no sleeping with him because breakup sex, regardless of what you’ve heard, is never a good idea.

Do it face to face. Remember that episode of sex and the city where Berger broke up with Carrie on a post-it? Of course you do, it’s because it was a really shitty thing to do. The same goes for dumping people via text, email and facebook. It’s just not on. So don’t be a whip about it, sit down, have the discussion and leave.

Expect him to get in touch. Usually the break up conversation, whilst not easy, will be easier than the aftermath. When people go away and think about things, that’s when stuff starts to bubble up. Be mindful of this know that he will get in touch for a post-mortem of the relationship afterwards. If you’re expecting it, you can deal with it.

Don’t do the “we’ll still be friends” thing, unless you mean it. Is there anything worse than being on the other end of a dumping and hearing the words, “but I want to be friends”. Argh, no, there’s not. Especially when you know the other person has zero intention of actually, being your friend. You don’t want to build hopes up for a start and unless you think you really can be friends with this person, just don’t say anything at all.

But if you do want to stay friends. Make sure they’re not your only option and vice versa. If you’re just going out with him like before sans sex then you’re just in a sexless relationship – not split up.

Oh and if you are going to stay friendly with him remember, he’s no longer your boyfriend so no snuggling up and no letting him pay for things either.

Break ups are never easy, they never have been and they never will be. Very rarely will a breakup be fully consensual so expect a rough ride but remember, you’re a grown up and you’ve got your own mind. Be strong, be clear and don’t let puppy dog eyes or promises that he’ll change sway you. 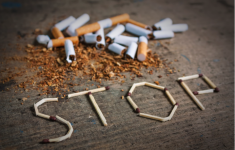 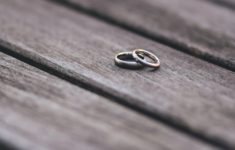