It’s Official; The Irish Are The Sexiest in the World

It’s not uncommon to see the Irish top the polls for things such as sexiest accent but now Irish men have been voted the sexiest men in the WORLD.

66,000 single American women were polled by travel website MissTravel.com and over 8,000 of them agreed that Irish men were the sexiest. Australians came in second place with Pakistani men, American Men and English men following behind.

Over half of the women who took the survey said that the Irish accent influenced their choice.

The accent. We couldn’t leave this out after all, 4,000 women in the survey said it was their best trait. Let’s be frank, the Irish accent is sexy, it’s the golden rule.

They’re passionate. About Guinness, about music, about women – they are just passionate full stop. And what women doesn’t want (or deserve) a bit of passion in their lives?

They are great fun. The craic is real. You go out with an Irish man and you’ll have plenty of good times.

They love their mothers. So you may spend your entire relationship competing for attention but you know that they love and respect the women in their life.

Full results of the survey…

How do you think Irish lads rank on the scale of international attractiveness? Share your thoughts in the comment section, below. 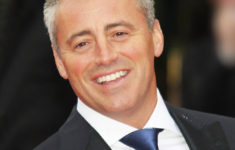 Why You Should Date A Silver Fox

Single women who are online dating have a big tendency to cape the age limit of the single men they are looking for. Of course the...