How to avoid looking desperate

OK listen, I get it. When you’re totally fed up of being single and you just want to find a man that’s kind and sweet and lovely (and hot) its hard to sound casual. But here are just a couple of ways that you can avoid looking desperate when dating.

Stop the jokes about being single.

If you hate being single then it’s an easy trap to fall in to that you make self-deprecating references to being single. You may think you’re being light hearted and funny but actually you’re just looking insecure.

Know when he’s just not that in to you.

Knowing when to walk away is key in the dating game. If you sense that it’s just hard work trying to have a conversation with the other person then it’s time to call it quits.

There is not a woman out there now who doesn’t look up a potential date before she goes out with him. It’s just the way it is. And if you keep it discreet then go for it. But if you’re going to go through everyone one of their pics and give them a like then you’re going to look completely desperate. Just have a nose and stay away from the like button. Same goes for following them on every social network going, if you do it within a short space of time then it’s going to be pretty clear that you’ve googled their name and tracked them down.

Not everyone has their phone with them eery second of the day and if you know they do and they haven’t responded, that doesn’t mean they don’t want to speak to you, it just means that they probably are thinking about a reply or want to reply when they are on their own or have time. Text once and wait for a response, don’t keep sending them until you get a message back.

Quit your bitching about being single.

First of all, single life isn’t that bad, in fact, it’s pretty great. Think of all those guys out there that you can date. Secondly, no one cares. If you’re constantly moaning that you’re single to all and sundry then you’re not only doing yourself no favours but you’re also driving everyone else crazy.

Are you guilty of any of the above? Join the conversation on Twitter @UrbanSocialCom 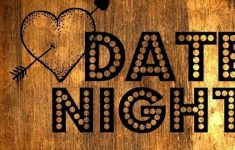 Dating Advice for Planning A Date

Dating Advice Vlog UrbanSocial has teamed up with dating blogger Jordyn Wegner, who gives us her dating advice for planning a date... Urbansocial has teamed up with author and relationship expert Elizabeth Overstreet. Elizabeth has appeared in dozens of Stateside ...